I’m a writer. It friggin’ offends me when words are used in a slapdash way, all wrapping and no substance. ‘Spirituality’ is one of the terms that gets my goat. It means such different things to different people, and it often doesn’t really mean anything at all—it’s as hollow as a vain man’s ego.

‘Sacred sexuality’ is another term that’s used without enough discernment. As conventionally understood, we’re having sacred sex when we use sexual union to encounter the divine in ourselves, our partner and the One that embraces us all. When I walk into the sacred sexuality bedroom of the popular imagination, I hear sacred chanting; I see pillows scattered on the bed; the lovers are in the yabyum position; their chakras are glowing.

I’m not hearing wild screams of pleasure, the type that wake the neighbors.

Or “Fuck me with your cock!” demands.

Nosirree, none of that stuff in Sacred-Sex Land! Where the experience is transcendently beautiful … and maybe a little bit saccharine?

To be clear, I’m not knocking sacred sex as conventionally understood. It’s a beautiful, beautiful thing. Would that many more people visited Sweet-Form Sacred-Sex Land and came out happier for it!

What I am suggesting is that the Sweet Form isn’t the best lens through which to understand sacred sexuality. I believe a more integral notion is more useful—and more accurate, too.

We humans have quite a history. Next time you see a lizard, little as a gecko or big as a crocodile, ponder this: That’s where we come from. To this day, we still have a reptilian brain, all instinct and aggression. Then mammals came along and we got the full suite of our emotions (resident in our mid-brain or limbic system). More recently still, we became human—we developed a neo-cortex, which gave birth to that amazing phenomenon we know as self-awareness or self-consciousness.

The Sweet Form of sacred sex works with the mid-brain up and neglects the dark, aggressive, transgressive, below-conscious, truly and totally wild aspect of ourselves that a) is mammalian and reptilian, b) inhabits the lower floors of our soul-elevator, and c) has been known to express itself as what the Official Sexual Literature calls Crazed Wild-Animal Monkey Fucking.

‘Half a brain’ is kind of like ‘half a loaf.’ Seriously: Why be partial in our definition of ‘sacred?’ If “it’s all sacred,” like they all say, what are we doing excluding these lower floors of our being?

It’s either all sacred or it’s not.

This, the error of partiality—in both senses of the term—is the trap religions have been falling into since … well, since forever. Deny the shadow, deny our aggressive animal nature, make it (and us) all sweet and light. Can we agree that this approach—the partial yes, the partial sacral—has been something less than a success? When you create a shadow, the next thing people do is start assigning anything scary or threatening or even just ‘other’  to it. That’s what our sad species has done since time immemorial, in realms both religious and secular, and innumerable persecutions later (women, Jews, gays, non-Catholics, ad infinitum ad nauseam), we have the world in all its current glory.

A world of power wielded pathologically (“Must suppress the Shadow!”), of one-ups stomping one-downs, of one-downs striving to go one-up, to swap the shadow for the light. A species living inside never-ending cycles of hatred and revenge.

This is why I advocate a definition of sacred that includes our lower-animal aspects along with our high-consciousness ones. You want explosions? Of both the sexual and deeply sacred sorts? Then follow this recipe. Combine these two energies, Sweet-Form Sacred and Old-Style Profane, in their wondrously wide extremes. At one end of the pole, self-awareness in infinite regression. At the other, Crazed Wild-Animal Monkey Fucking.

This, the union of these extremes, is the stuff of truly sacred sexuality. It’s what gets all the chakras truly firing, from the alligator between our legs to the angel exploding out the top of our brain. 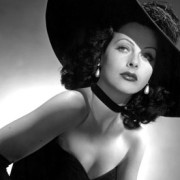 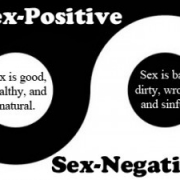 The Sex-Positive Movement and the Pursuit of Happiness
0 replies

These Voices in My Head
Scroll to top