Non-violent writing is a theme I suspect I’ll probably return to in the time ahead. I live with the topic constantly.

Let’s start by unpacking what the term means to me.

Non-violent writing is an odd phrase and indeed an odd notion. It suggests there’s such a thing as ‘violent writing,’ and what in the world is that? Our first impulse is to associate violence with physical acts—warfare, rape, murder. There is such a thing as violent speech, though. We can probably all agree that Donald Trump’s communications often have that quality. His demeanor suggests a deep indifference to hurting people and maybe even delight in it.

Beyond tone and word choice, there’s the starker example of the person who stands on a soapbox and encourages a mob to lynch that bastard.

Since writing is basically speech rendered less evanescent, it follows that there is also such a thing as violent writing.

That said, there’s clearly a difference between exhorting a crowd to murder someone and putting those same words on a page. The madness of crowds is less upon one in the latter case. There’s more time for deliberation. Still, we can probably all agree that if I were to advocate in writing for exterminating Ethnic Group A, that would qualify as violent.

Most violent writing is much less obvious—and also less dire—than that. So what is it, exactly?*

Violent writing comes across as dismissive, disrespectful and disregardful. It raises up the writer (and their opinions) and diminishes the people it’s criticizing. It’s the call of the primate, thumping its chest and proclaiming to the world: “Me bigger, better, stronger, smarter! Me know better! Me more powerful!”

Violent writing is Tarzan bitch-slapping a world of richly-deserving-it Janes.

It is writing that, if you had the misfortune to land in the writer’s sights, might cause you to feel slighted or put down. If what you’re reading is triggering feelings of being unheard, misunderstood or otherwise mistreated, you’ve probably been on the receiving end of violent writing. (You may just be over-reacting, too.)

Violent writing transgresses boundaries. This can take the form of verbal bullying, name-calling and the like. It can also manifest as a sort of conceptual colonialism. The writer takes their own beliefs, projects them into the public and free space of the commons, and declares them to be true  for everyone. They convert personal, subjective truths into absolute, universal ones. This is the fallacy of projection—assuming that what is true for me is or should be true for others, too.

People commit the fallacy of projection all the time—in their minds, in their lives, in their writing. Me telling you what’s good and true for you may be the single most important cause of suffering in the world.

It’s totally understandable why people repeat this mistake over and over again. Permission to do so is embedded in our language.

Let me explain what I mean by reciting the first joke I ever heard. (It was in Boys’ Life magazine—I was six years old.)

Guy drives over a cat.

He knocks on the door of the farmhouse nearby. Mrs. Jones answers.

How did you respond to this attempt at humor? Did you think, “That’s a funny joke!?” Or maybe, “That’s not funny!?”

If you did either, you just colonized the conceptual commons. You committed the fallacy of projection.

Whatever you thought of that joke, it was only your opinion. The formulation “That’s (not) a funny joke” claims something different. It makes a statement about the essential, even eternal, qualities of the joke. It takes over the joke commons.

The fallacy of projection is empowering in the sense that it enables us to claim a power we don’t have. This comes at a big cost, though, in both truth and kindness.

If you find this analysis surprising, it may be because this sort of boundary violation is so deeply embedded in our linguistic conventions that we simply can’t see it when it happens.

As a person who’s dedicated to practicing non-violent communication, I do my level best not  to commit the fallacy of projection. This commitment takes me into places as a craftsman that I suspect most other writers don’t trouble themselves about. Recently, for instance, I wanted to explain the conduct of a group of people. It was transparently obvious to me and other observers why they’d behaved as they had. I believe most people would have written, “They did it for such-and-such reasons.” I couldn’t bring myself to do that. Instead I wrote, “It seems obvious to me that …” I was honoring the boundary between me and not-me—I was taking pains not to do some unconscious colonizing by climbing inside their heads.

In meeting this need, other needs of mine suffer. I want to write elegantly, and adding extra clauses and qualifiers can make my writing clunkier. I also want to use my time well, and putting lots of energy into levels of fine-tuning that will probably go unnoticed can strike me as as a waste of time.

I do it anyway. It’s a matter of principle for me. I want to be the change I wish to see in the world, including in my writing.

Note: My perspective draws heavily on a school of thought developed called non-violent communication, or NVC. 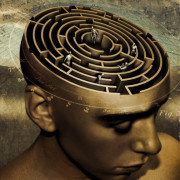 These Voices in My Head
0 replies

What Is Sacred Sexuality?
Scroll to top